WHAT TO DO IN SUMMER IN GREDOS

DUCKS TO WATER!. RIVER, LAGOON OR POOL, THAT'S THE QUESTION

When you see him as he passes through Salamanca, wide, urban and hectic, it is hard to recognize him. And, away from the rush, pollution and noise of the city, the Tormes River is born clean, quiet, modest and silent .
A bath in its refreshing waters in one of the many natural "pools" is a real delight. Among piornos and neveros, with cows, trout and kites as witnesses and fed by hundreds of streams and gorges arisen from the melting of the snows of the summits of Gredos. This is the Tormes.
As it runs, the Tormes feeds on the waters of the different gorges and torrents, such as the Raven, the Jabalí, Valdeascas, La Cabrilla, Barbellido, etc.
Following the course of these gorges and taking a dip in its waters provides some of the most interesting routes in the summer
For the brave, lovers of the frozen baths, we recommend a dip in the Charco de la Esmeralda, named for the color of its waters. But to give it to them you have to go up first to the Laguna Grande (2 hours and a half of the way walking at a good pace). Even if you do not dare to bathe, "la Esmeralda" is gorgeous. And in addition, one can always refresh and swim in the Laguna itself, although it is advisable to have certain precautions because it accumulates mud, herbs and the water is quite cold.
And if you do not like to bathe in the river, there are always pools. In Navarredonda there is the pool of the Youth Hostel: it is a heated pool from which you can see a beautiful Pino Albar pine forest and the mountains in the background.

On your own or with the help of a mountain guide you can make routes of different difficulty from the well-known route of the Laguna Grande to the climb to Almanzor Peak, the highest in the Central System. These are the contacts of the different companies that you can hire if you want to discover the mountain range with the safety of a good guide.

Jorge Apausa
Half mountain guide, offers routes through the mountains for all levels as well as orientation courses with compass and map.
More information at www.enjoygredos.com.
Contact: Jorge.
Phone: 687253944. Email: info@enjoygredos.com.

The Axis of the Earth

It offers hiking and nature routes.
They are educational and entertaining guided routes.
More information at www.elejedelatierrra.com Contact: Mercedes Sánchez.
Ejedelatierra@ejedelatierra.com and Mobile: 636307084.

On horseback by Gredos.
Located in Navarredonda de Gredos, 1 km from the Casa del Altozano.
They offer half-day and full-day excursions, well-trained horses for riders and beginners. And now also excursions in Poni for children.
For more information: www.equitravel.es
info@equitravel.es.
Tel: 635 433 079. Contact: María Elena and Jaime.

It is the most veteran company in the area in the realization of excursions on horseback, more than 20 years teaching to enjoy Gredos on the back of a horse. Routes of different duration.
Contact: Rafa. www.gredosacaballo.com.
Tel: 920349085 / 615946026.

If you are a lover of Ornithology, Hostal Almanzor is the ideal place to spread your passion: 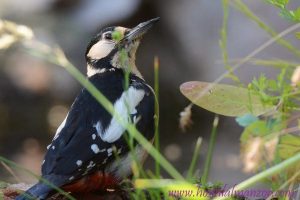 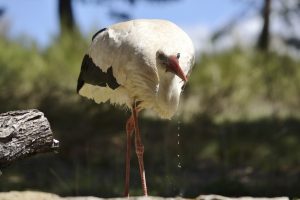 Hundreds of photographs of birds in the area.
Information on where to see them.
The only Hide in Spain with direct access from inside the Hostel to observe a multitude of species in absolute freedom (totally free for those staying).
A hide of scavengers in the same farm (previous reservation).
From its Hide, you can enjoy the observation of kites, climbers, coalfish, black whistles, crossbills, Capuchin herrerillos, mosquito nets, goldfinches, jays, scribes, myths and up to 90 different species depending on the time of year. Also mammals like the Fox, Squirrels, etc.
RIDE ON A BIKE, ARCHERY OR ZIPLINE CROSSING.

In July 2009, Miguel Angel Vida, mountain guide, launched the Adventure Park in the Trees Trees Cimeros. It offers different routes through the trees of an impressive pine grove of pine trees in Hoyos del Espino, next to the Casa del Parque. Currently managed by Gredos Tormes.
For more information: info@gredostormes.com.
Telephones: 920348385.689494929. info@gredostormes.com Highway of the Platform, 0.2.

From rental of ice axes, sledges or bicycles to telescopic poles or portable climbing walls, the company Gredos Active offers in addition to the rental of equipment all kinds of activities from archery to paintball through the organization of Gynkanas and a games.
For more information:
Santi Phone: 920 348045.
gredosactivo@gredos.com Ctra.C500, km 40,500. Navarredonda de Gredos.

TAKE A MASSAGE OR GO TO SPA

If you have any contracture, muscle pain, etc., or if you simply want to tone your body and have a relaxing massage, very close to the Casa del Altozano you have the professionals and facilities to do so.
In Hoyos del Espino, 4 km away, you will find the rural Spa Aguas de Gredos, where in addition to massage cabins, body treatments, chiromassage and physiotherapists you can enjoy its hydrothermal circuit and heated pool and jets, etc.
For more information and reservations you can call 920 34 90 47, send them an email: info@aguasadegredos.com, or consult their website: www.aguasdegredos.com

Visit monuments, buildings and emblematic places of Gredoses another option for the traveler.

Throughout the years, the Parador has become a tourist and economic engine of the area and a symbol of quality and know-how. It was also the place chosen by the "fathers of the Constitution" for the drafting of the 1978 Magna Carta. For all this history it would be worth a visit, but it is also a pleasure to enjoy the magnificent views of the pine forest and the mountains that can be contemplated from your cafeteria and terrace, or if you prefer to taste a dish of its careful Cart
For more information: www.parador.es. Tel: 920348048. email: Gredos@parador.es

The running water took to arrive to this like to so many towns of Spain. In its place the numerous fountains and "chorrillas" provided the necessary water to drink and wash clothes, becoming, in addition, a meeting place and even instead of a date for lovers.
Practically all the old laundries have disappeared ... those shelters of serranas, tanned in a thousand winters, that by dint of reumas whitened the sleeping clothes in the boats. However, very close to La Casa del Altozano, just over 200 meters away, is one of those old rehabilitated laundry that was still used 40 years ago.

The origin of these villages goes back to the 10th century, when transhumant breeders settled in the area attracted by the freshness of their pastures and the goodness of their summer climate, remaining in these lands during spring and summer.

To the rear of these cattle settlements, blacksmiths and saddlers were also installed in the urban nuclei that manufactured tools for the home and livestock. Vestiges of their work are the forges, of Roman origin, which are still preserved in most of these mountain villages.
These are still farmers, but the cows are no longer irons because the land is not sown as before. Some horses yes irons but having less work are the itinerant blacksmiths who move to the different towns.

Here in Barajas, next to La Casa del Altozano, there is a Forge, inside which the old bellows still remain. Next to the forge is the "Potro", structure of stone, metal and wood that was used to shoe cows and horses. In Navarredonda, the old forge is transformed every summer into a tourism office.

Simple but very harmonious temple located in front of La Casa del Altozano, in Barajas. With oriented polygonal head and without decoration nor abutments, the church consists of three naves separated by wooden columns. It has a major altarpiece, with works from the XVI and XVII centuries and a peculiar bell tower of two bodies of different thickness, of sillarejo with ashlar in the body of the bells.

Church of Our Lady of the Assumption. 15th Century:

Located in Navarredonda de Gredos, 300 meters from the Casa del Altozano, this church stands out especially for the strength of its free tower, old watchtower for military use, of singular structure consisting of two bodies of different thickness, of sillarejo with ashlar in the body of the bells. The temple is the work of the Late Gothic and in its interior there are preserved images and polychrome carvings, altarpieces of the seventeenth and eighteenth centuries and numerous canvases.

The Cuevas del Águila were discovered in 1964 on the hill of Romperropas, which would later be called the Eagle, thus changing the name of the cave. Compared by scientists with the famous Caves of Drac, Mallorca, for the great conservation of its interesting geological forms (stalactites, tours, stalagmites, aragonite, etc) the Caves of El Águila are a good alternative as an excursion, especially if traveling with children of school age.

Located in Ramacastañas, at the end of El Puerto del Pico, 35 km from La Casa del Altozano, the Cuevas del Águila are an extraordinary example of a karstic cavity originated by a series of complex geological processes. The route is a 1 kilometer through a large area of ​​about 10,000 square meters, and the duration of the visit, unguided, is about 40 minutes, with a stable temperature always around 20 degrees.